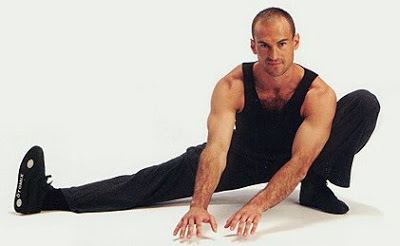 This is the first installment in our series on the training doctrines of Pavel Tsatsouline.

Pavel Tsatsouline entered my life through a side door. In 1998, on an internet forum hosted by the first man to squat 1000 lbs., “Dr. Squat” Fred Hatfield, I read a terse post by a polite Russian émigré. He introduced himself as a former competitor in something obscure that he described as “the Russian ethnic strength sport of kettlebell lifting.” I would have forgotten him instantly except that this exotic-sounding background earned him surprising respect from the gruff old powerlifting legend.

A year later I was to run across Tsatsouline again, and had that not happened, I cannot picture what my life would be like now.

To that point, I had already been lucky in my athletic influences. In high school I did some Olympic weightlifting under John Schubert, who inoculated me against some of the silliness found in bodybuilding magazines, and I escaped the baleful obsession with the bench press that ruins many young men. No, if I had a monomaniacal obsession, it was the squat. And that was a pretty good problem to have, better than drugs or video games.

But it was still a problem. Squats build bodies, and sure enough, I’d grown an extra 45 lbs., all of it seemingly in my neck and thighs. This was all very exciting to a young man, and I could eat cheeseburgers, milkshakes, and chocolate muffins with wild abandon, but it was a terrible drag. Imagine buying 45 one-pound packages of ground beef and molding them аll onto your body. Now get up and walk around. You are like a land blimp. And you’ll soon be tired and sweaty because, in effect, you’re wearing a backpack full of meat. Now sit back down: that’s not so comfortable either. It’s hard to cross your thickly swollen sausage legs, but it’s also hard to point them straight ahead since your huge hams flop outward in “manspreading” fashion. I ate like a pair of teenagers and drank a gallon of milk a day, which cost not just time and money but health. I was inflamed and tubby from eating so much, and with the size of my neck it’s little wonder that I couldn’t sleep well either.

Big, swollen melon that I was, I was ripe for the message of Tsatsouline’s first major publication. In our next installment, we examine that book, Power to the People (1999).

Published by Dog in Chief

The Dog in Chief writes about the flourishing of embodied souls. In practice, that means a lot of content about exercise, the outdoors, strength, and the comedy of errors called cultivating character and happiness. In his innermost life, the Dog is a serious Buddhist--crappy and disobedient, but still very serious--and writes about such things professionally. In this blog they are seldom at center stage, but they are usually nearby in the background. View all posts by Dog in Chief

One thought on “20 Years of Pavel Tsatsouline”